15 Literacy Apps To Create Books On The iPad Creating books on the iPad doesn’t seem like the first thing you might do with one of the popular little tablets, but it’s really quite capable of doing so provided you’re not trying to write the next great novel.

We’ve written about 3 apps to reate books on the iPad in the past, but the following listly by Meg Wilson goes further, including 15 apps to do so.

The artful collision of technology, learning, and literacy is an idea promoted in the Common Core Standards, which is likely your rule book if you teach K-12 in an American public school. This is a new age of literacy where students can read, research, write, publish, and socialize on the same device sitting right in their lap with a pinch-and-zoom elegance that somehow makes the whole process seem easier than it really is.

And for those of you that rail against both Common Core and the iPad (but obviously not literacy), keep fighting the good fight.

15 Literacy Apps To Create Books On The iPad

Book Creation on the iPad

An assortment of apps to help you create books on the iPad! 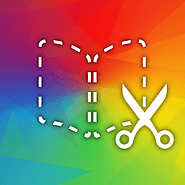 The simple way to create your own beautiful iBooks, right on the iPad.Read them in iBooks, send them to your friends, or submit them to the iBookstore.Ideal for children’s picture books, photo books, art books, cook books, manuals, textbooks, and the list goes on. 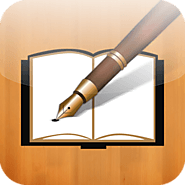 Innovative application to make books with iPhone/iPad!Book Writer will help you make a magnificent book, which you may read through iBooks. The book creating tool can be used to your own book.
You can look at the books supported and created by epub, or a standard E-book format through iBooks to register them at iBookstore. Support for iBooks` fixed-layout format. Please note that fixed-layout format is not ideal for long texts such as novels. You can put the photo and video, music in iPhone/iPad in your book and write on it. You can record your voice into the book. You can also move, enlarge, reduce and rotate a photo in a book by touching it. The book can be shared via iTunes and E-mail. You can also create PDF document and print it. 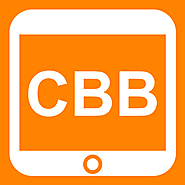 Creative Book Builder enables everyone to create, edit and publish ebooks in a few minutes on the go. All published ebooks can be read by any ePub reader including iBooks. Everyone is professional writer now! 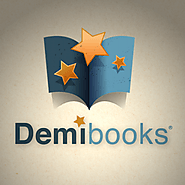 Demibooks® Composer is the first iPad-based authoring software for creating interactive story apps. Designers and authors can apply a sophisticated set of features- realistic physics, advanced an¬imations, conditional behaviors - to create rich immersive experiences with their images, text, sounds, movies and visual effects beyond the capabilities of standard ebooks. Best bit? No coding required!Publish apps created with Composer in the App Store or submit for selection into Demibooks Storytime, our curated multi-publisher store for children’s stories on the iPad. Share your stories with friends who have Composer. 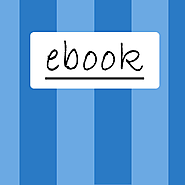 Create eBooks for iBooks quickly and easily! Add photos and videos from your Photo Library or take them using the built-in camera (video is only supported on iBooks output; Audio recorder for adding your own narrations - Book-like flip interface 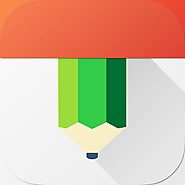 EBook Maker is a Universal App for creating essay, novel, picture book, etc.
EBook Maker support Flowing Book and Fixed Layout Book.
If you want to create your own book easily, EBook Maker is a good choice for you. 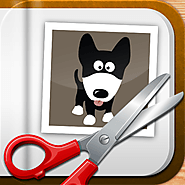 Creating your own story with Little Story Maker is as simple as a click- Click to add a new story- Give the story a name- Add photo, text and record- Voila, your first story is ready to be sharedIn Little Story Maker, you can create an unlimited number of personal stories. The only limit is your creativity.

My Story - Book Maker for Kids By HiDef Web Solutions 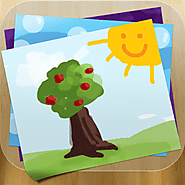 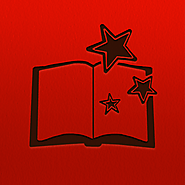 Create and share your very own illustrated stories in a few simple steps! Picturebook: School Edition includes over 250 illustrations in 12 complete picture sets and all available add-on features. No ads and no in-app purchases.Choose from a constantly updating library of cute pictures. Narrate your story with any text you like. Add your own photos. Share your picture book with friends and relatives. 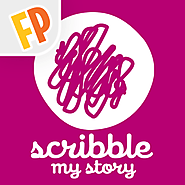 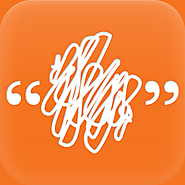 Scribble Press for iPad is a book creation platform that allows kids to create and share their own stories with hundreds of great drawing and writing tools. 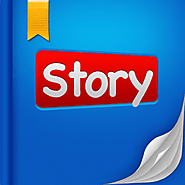 Create stories with drawings, photos, text, and audio recording! Share your book through printing, email, and iBooks! StoryBuddy provides a magical platform to create, read and share multi-page stories like never before.Draw directly on the iPad's screen with your finger as you create your very own picture book - page by page. Add customizable text with the built-in keyboard. Import images from your photo album for that personal touch. Even add beautifully crafted paper styles to each page.Compile your story and experience the excitement of interacting with its pages like a real book. Listen to your very own audio narration for each page.And the story gets even better . . . share your story with the world. 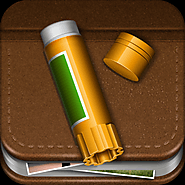 With Story Creator you can easily create beautiful story books containing photos, videos, text, and audio all in one gorgeous collection. Story Creator truly brings your best stories to life and easily allows you to retell and share your most memorable moments.Story Creator offers a magical way to enjoy your personal pictures, videos, and experiences with family and friends. 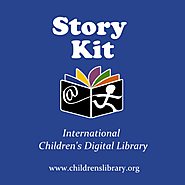 Create an electronic storybook. To create your story: * Write some text.* Illustrate by drawing on the screen, taking a photograph of something you see, or drawing on paper and then photographing the paper, or attaching photos from your album.* Sounds can be recorded for telling your story or as sound effects.* Layout the elements of your story (text boxes, images, and sound clips) freely by dragging them or pinching to resize.* Add, reorder, or delete pages from your book. 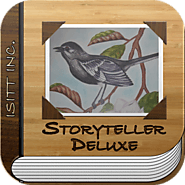 Make a story right from your iPhone, touch, or iPad! Storyteller Deluxe makes it simple for you to get your creative side going, providing you with a way to make your very own personalized stories, whether they are short or long stories each page may include text, a photo and an audio recording! Everything you need to make an awesome story! 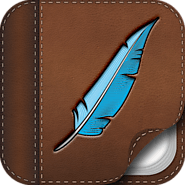 Writer's Studio gives you the tools you need to Create great Text, Art & Graphics! Set your Layout page by page to perfect your Book, then Publish! Share your Book with the World instantly! Save to iBooks, post to YouTube, Email .mov file or PDF, even Save to Photo Gallery, or Play to Apple TV via AirPlay!

How One Teacher Uses Learnist To Reflect On The Learning Process

8 Ways The Librarian Of The Future Will Keep Themselves Busy

Scribblitt.com is another fantastic writing website where kids can actually write, illustrate & then publish their own hardcover book!

You can also try getting photo book supplies from http://www.signingbook.com/charity/. They have a great selection and the prices are affordable!

Hi, we can develop your apps for a very reasonable price based on our business model. Free feel to visit us at http://www.taoteapps.com

We have consistently been rated as having highest customer satisfaction. Please let us know how we can help!

I am a teacher. Pupils are very small to me. Working with them is difficult., But I love it and enjoy it
پارتیشن

Vote Up0Vote Down
Thankful I Left

Wixie and Pixie from Tech4Learning are two more great apps. Wixie is Web and subscription based, so you can work on the ebook from many devices.

Thanks for posting this list, Meg! I advise anyone to have a plan before using tablets in the classroom. Tablets help students to get excited about learning, but implementing iPads in the classroom can appear more overwhelming than it actually is. I suggest to:

You can read more about using tablets in the classroom in this blog post: http://blog.quicktapsurvey.com/2014/02/04/edtech-tablets-in-education/